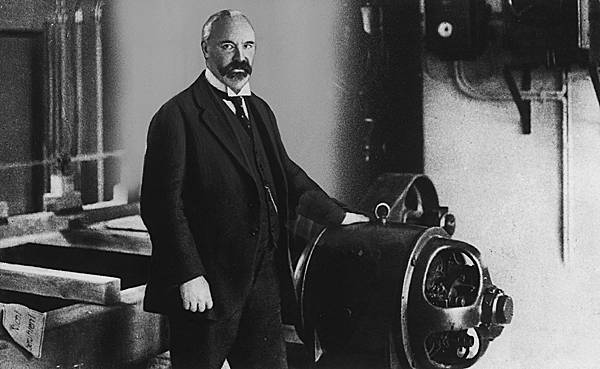 “What sort of things do you remember best?”

the week after next.”

First of all, check again. Are you sure his birthday is late January or early February? Are you absolutely positive your boss is an Aquarian? Uranus-ruled executives are as rare as albino pandas. If you have one for a boss, you can’t very well sell him to a zoo, but consider him a collector’s item, anyway. Someday, he may be extremely valuable.

Totally Incompatible With Stuffy Board Meetings

Seriously, the typical Aquarian would just about prefer starvation to the usual nine-to-five office routine. Most Aquarians dislike making decisions, they are uncomfortable giving orders, they have no particular desire to direct others and they’re totally incompatible with stuffy board meetings, let alone stuffy vice presidents. This doesn’t mean Aquarians are not competent bosses. Uranus is full of surprises, and the totally unqualified Aquarian boss who turns out to be absolutely indispensable is one of them.

He has an uncanny ability to analyze, dissect & weigh the facts with insight as keen as a razor blade

When an occasional Aquarian wanders into an executive position, burdened by all the above negative qualifications, he simply pulls a couple of new tricks out of his bag. He may be absent-minded and forgetful, eccentric and unpredictable, by turns shy and then bold, but he also has a mind like a bear trap hidden behind those strange, vague eyes and that detached, distant attitude. Add to that a highly tuned, perceptive intuitiveness which makes you think he has a crystal ball tucked in a pocket. Throw in his uncanny ability to analyze, dissect and weigh the facts with insight as keen as a razor blade-and for good measure-his sure instinct in making a warm friend of everyone from the office boy to the firm’s biggest customer. Back it up with the broad, liberal Uranus philosophy which sees miles into tomorrow, and catches the big picture in all its scope while others are floundering over details-and you see what I mean by surprises. Unfitted as the average Aquarian is for an executive role, he tosses off the job as casually as if he had been born to it, which he definitely was not.